US to fund Torkham road reconstruction 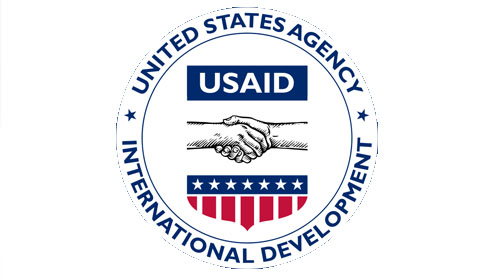 US to fund Torkham road reconstruction

PESHAWAR: The US government has agreed to finance construction of Peshawar-Torkham Highway, which serves as main supply route for Nato forces in Afghanistan.

According to an official statement issued here on Sunday, the US government will provide Rs5.60 billion for construction of the 45-kilometre road. Khyber Pakhtunkhwa Governor Barrister Masood Kausar has directed the quarters concerned to start work on this vital project immediately.The project, to be started this year, will be completed within 18 months. The statement said that Frontier Works Organisation, a subsidiary of army, would construct the road as National Highway Authority (NHA) would work as executing agency.

To ensure timely completion of the project, Fata Secretariat would play a lead role. Work on the highway will be started on war footing as staff has been hired for the purpose.The statement said that principal agreement with United States Assistance for International Development (USAID) had been reached and an accord with the donor agency would be signed in the second week of September. After the agreement, work would be starred on the much delayed project immediately.

The USAID is already helping Khyber Pakhtunkhwa government in Expansion and Refurbishing of Ring Road Project and provided Rs2 billion for the scheme that according to officials would be completed soon.Construction of Peshawar-Torkham Highway is perhaps the first major development project to be financed by the US government following melting of ice after Salala attack for which Islamabad was demanding an apology from Washington for killing its 24 officers and soldiers.

The government said that transportation of supplies for Nato forces in Afghanistan was damaging road network, asking the US to rehabilitate those major highways.Officials said that roughly 10,000 small and heavy vehicles were passing through Peshawar-Torkham Highway daily. The construction of highway that passes through Khyber Agency and also serves as a trade route for Afghanistan and Central Asian Republics has been under
consideration since 2001.

Work on the project could not be started because of financial constraints. An official said that NHA had already completed PC-1 and conducted environmental impact assessment survey of the project. He said that the government had allocated Rs120 million for land acquisition.Initially it was planned to construct an alternate dual carriageway between Peshawar and Torkham that was to pass through Malagori and Loi Shalman. Asian Development Bank had made commitment to bear 60 per cent of the total cost of the project and Pakistan government pledged 40 per cent share.