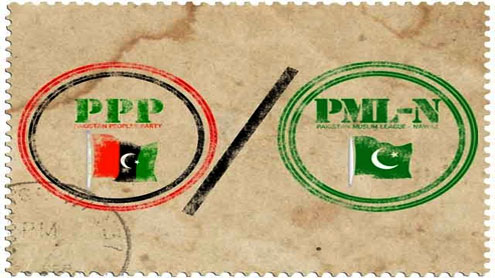 LAHORE: Pakistan People’s Party (PPP) Central President Imtiaz Safdar Warraich has said that President Asif Ali Zardari’s announcement of local Bodies (LB) elections was in the larger interest of the masses but the PML-N was opposing the LB polls just to conceal its looting spree and wanted to avoid elections.

Warraich also announced that PPP would launch a protest campaign against Punjab government for opposing the LB polls.While speaking to media after meeting of the Punjab executive council on Monday, Warraich said the government was committed to holding LB elections and has decided to organise a seminar in the second week of September to discuss pros and cons of the agenda of LB elections. PPP lawmakers in the Punjab Assembly would also be invited to attend the seminar, he added. Chaudhry Manzoor and Azizur Rehman Chan were also present during the meeting held.

Warraich further said that consultation for the caretaker set-up would be made with all political parties. However, if all the coalition partners contest elections under a single electoral symbol, then that would be better for all of them, he added.Warraich said that PPP has decided to constitute a five-member committee in all divisions for the party tickets in the next general elections.

He said that the proposed committee consisting of ticket holders and senior members of the party would forward its recommendations about the proposed candidates to the central office the party.Warraich also said that it has been decided by the party’s provincial body to hold a series of seminars besides holding rallies in the province to celebrate President Zardari’s four years in the Presidency. – Dailytimes