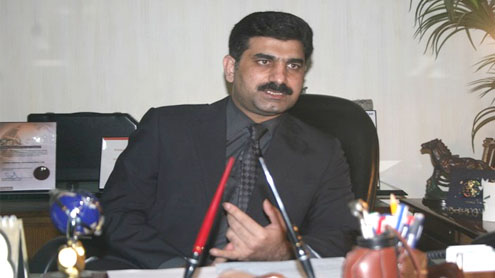 The judge directed the DIG (operations) to arrest Asim and produce him on September 17. The court issued the warrants while hearing many connected petitions accusing Asim of defrauding public. Petitioners said they had paid money to Future Concern in order to go abroad but they were neither sent abroad nor was their hard-earned money returned.

The court had summoned Asim but his counsel told the court on Thursday that the life of his client was in danger at the hands of petitioners and he, therefore, could not appear before the court. The lawyer requested the court to exempt his client from personal appearance. But the court turned down the request, saying that Asim had committed contempt of court by not appearing before it despite being issued many notices. The judge had already directed the Federal Investigation Agency (FIA) to put Asim’s name on the Exit Control List (ECL).