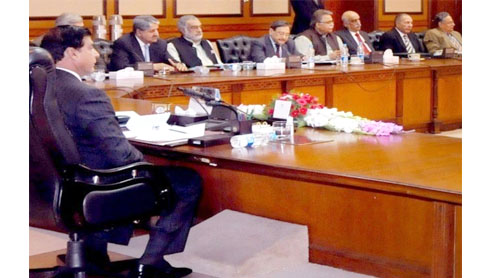 ISLAMABAD: The Federal Cabinet meeting on Wednesday has decided to observe September 21 as ‘Youm-e-Ishq Rasool (pbuh)’ to register the government’s protest agai

The day has been declared as a national holiday as well.Earlier, Prime Minister Raja Pervaiz Ashraf suspended all agenda items on the list for today’s meeting and instead discussed ways and means to express Pakistan’s strong resentment against the film.The controversial film has sparked protests all across the world by Muslims, protesting against the portrayal of Prophet Mohammad (pbuh) in the film.

The government has recently blocked YouTube in the country after the company refused to remove the film’s trailer from the site.Along with Pakistan, other Muslim countries, including Afghanistan  and Bangladesh have also blocked the website. In India, Youtube complied with government’s order and blocked the content.Google said it was censoring the video in India and Indonesia after blocking it on Wednesday in Egypt and Libya. -Tribunenews