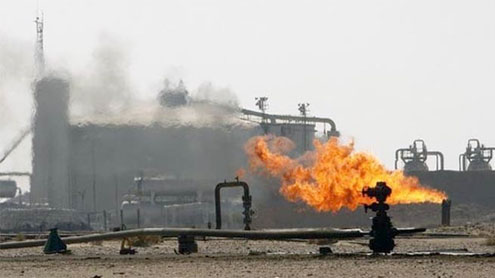 ROME: Italian energy major ENI said on Wednesday it had discovered a major reserve of between 300 billion and 400 billion cubic feet of gas some 350 kilometres north of Karachi in Pakistan.

The discovery was made in the ` close to the ENI-operated Bhit gas processing facility, the company said in a statement.ENI said it “confirms the presence of significant exploration potential that can be exploited through the application of new geological models.”

The company said it had begun talks with Pakistani authorities on creating a joint venture, adding that it would “help to reduce the national gas deficit.”ENI has been in Pakistan since 2000 and is the country’s largest producer, with average production of 54,800 barrels of oil equivalent per day in 2011.Pakistan has had an endemic energy crisis for years, characterised by frequent blackouts, which has crippled the economy.The crisis is blamed on chronic mismanagement and corruption. – Dawn