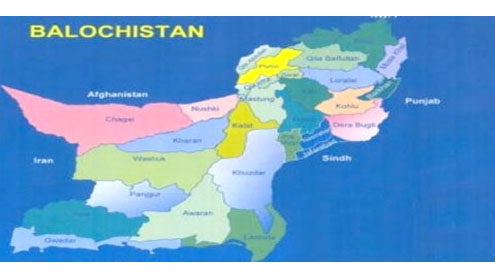 He was addressing a seminar titled ‘Economic Challenges in Balochistan”, organized by Pakistan Institute of Development Economics (PIDE) here on Wednesday.He argued that rapid inclusive growth was possible in Balochistan taking advantage of mineral and location assets and sustainable high value activities in agriculture, livestock and fisheries. Given Balochistan’s indigenous labor force of around 1.5 million, it was vital to invest in education and skills if any development strategy was sustainable.

While giving a detailed presentation he said that Balochistan consisted of 45% of Pakistan’s land area but only 5 % of its population, its share of Pakistan’s coastline was 75%, it produced one-third of Pakistan’s natural gas, 100% of Pakistan’s copper and gold deposits and it possessed significant deposits of coal, marble, granite, and other minerals.It was ideally located for trade with Iran, Afghanistan, and Central Asian Republics but still remained the country’s poorest province. The people of Balochistan were not satisfied because of development disparities.

“Balochistan’s population is thinly dispersed and poorly connected; its population density at 19 persons per square kilometer was only 5, 8, and 9 percent respectively of that of the Punjab, Sindh, and the KP Province. Remoteness was made worse by poor transport infrastructure.” he said.He said that water shortage was a major hurdle for development of this province, as its spatial water availability was less than 15% of average of other provinces. On the other hand the ground water had almost been used up and most worrisome thing was that water potentially depends 72 % on floods & runoff, 26% on Indus and only 2% on groundwater.

“Polices in the province have always neglected human resource development, especially education; as a result the labor force of Balochistan lags far behind the rest of Pakistan. The female literacy rate is 19 percent compared with the national average of 46 percent” he lamented.He said that the physical & human factors drag down Balochistan’s GDP growth in last four decades. It was estimated at about 4.0% a year, compared with about 5.0% for the country as a whole.

The pace of poverty reduction was stable in the Punjab and KP, but poverty incidence in Sindh and Balochistan continued to fluctuate. He said that the instability in Sindh and Balochistan correlated with the growth rate of agricultural, particularly the main crop sector, whereas poverty rates in the Punjab and KP were not linked with growth rates of major crops.“The development strategy should aim at increasing the incomes of the largest number of persons and to do this, it must provide a sufficient number of productive jobs for all the new entrants into the labor force and start reducing the ranks of the existing unemployed,” he suggested.

This will require a more rapid growth of the provincial GDP than in the past to implement the strategy. According to World Bank estimates 1% growth in the GDP of the province increase 0.5% in employment and Balochistan’s labor force was estimated to be growing at 3.25 percent per annum. It means that the provincial GDP must increase by at least 6.5% a year to provide jobs for all the additions to the labor force, whereas a higher rate of 7.0-plus%, was required to start eliminating the backlog of unemployment and underemploymentWhile concluding the seminar, PIDE, Vice Chancellor, Dr. Rashid Amjad said, “We must create a conducive investment environment to attract domestic and foreign investment into Balochistan and there was need to move on all fronts together- political, social and economic- to achieve this goal.” – PT