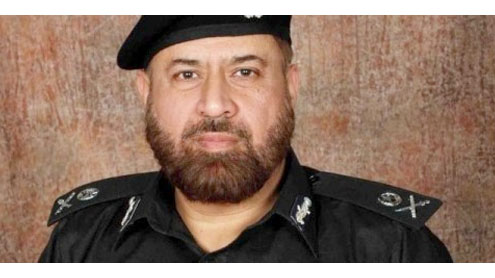 LAHORE: A rift has surfaced between the Punjab chief secretary (CS) and the Inspector General of Police (IGP) over the transfer of a police officer from Punjab to Balochistan, Media has learned.

According to sources, a serious estrangement emerged between CS Nasir Khosa and IGP Habib-ur-Rehaman when Khosa issued transfer orders of IGP’s Personal Staff Officer (PSO) and Senior Superintendent of Police (SSP) Fiaz Sumbal.Per details, the chief secretary had issued transfer orders of some officers to Balochistan and SSP Fiaz’s name was also included in the list. Since Fiaz was serving was the PSO to the IGP, the latter is leaving no stones unturned to halt the transfer orders.

Sources said that Rehman wanted to keep Sumbal in his staff for at least two months because, according to him, the SSP was currently not only investigating some sensitive cases but the task of providing security to VVIPs was also his responsibility.It was due to these reasons that he could not be transferred at such a short notice.

Whereas, on the other hand, CS Khosa is bent on carrying on with the transfer orders and would not allow any change in them. His view point, as the sources said, is that since Sumbal carries Balochistan’s domicile, there should be no harm in transferring him back to his native province. Sources added that if SSP Fiaz’s transfer orders were withdrawn, it would send a wrong message to other officers included in the transfer list. – PT