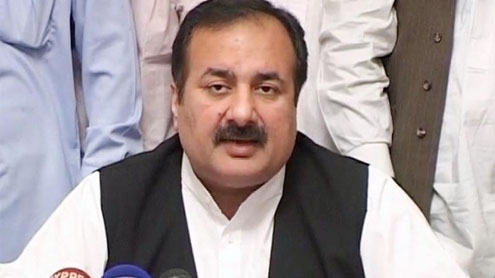 LAHORE: The Punjab government is working to devise rules to run the provincial assembly’s business as per its own desires as brainstorming on amending assembly rules of business regarding ‘quorum’ has started.

Punjab Assembly (PA) Deputy Speaker Rana Mashhood Ahmed Khan said on Tuesday the government was mulling ways to run the assembly business without any interruption of any quarter so that legislations can be done and the government gets assembly’s nod for specific development issues.Mashhood was speaking at a function regarding Punjab Assembly’s performance, organised by Free and Fair Election Network (FAFEN) and Pattan.

Commenting on the possible amendment in assembly’s rules of business, critics said the government intends to snatch legal and constitutional right of legislators to point out apathy of assembly fellows as well as the required majority debate on certain issues.Mashhood said the practice of pointing out quorum in the Punjab Assembly was not often found in parliaments across the world.He said that even if only three legislators are present in the assembly, the House should continue with legislation and constitutional business in which voting of parliamentarians is not required.

He said the PML-N government in Punjab was also working on a plan to give ‘powers of the public hearing’ to standing committees on pattern of the National Assembly.Earlier, organisers presented an observation report on eight sessions of Punjab Assembly from September 2011 to May 2012.According to the report, assembly proceedings were marred by tussles between the government and opposition legislators during the eight sessions that spread over 55 sittings and lasted for 158 hours and 20 minutes. The House also witnessed walkouts and use of harsh language, it added.

The report said that Chief Minister Shahbaz Sharif attended only two of the 55 sittings, while the leader of opposition was absent from 28 sittings. Parliamentary leaders from the PML-Q, PML-F and PML-Z also attended less than half of all the sittings during the eight sessions.The attendance of members in general was low, since on average only 51 MPAs were present at the beginning and 56 at the end of each sitting. Of the 41 bills passed during the period under review, 37 were amendments to existing laws to suit the province’s jurisdictional needs after the passage of the 18th Amendment – among them four were related to health, three economy and two transport.

The four new bills passed during the eight sessions were aimed at facilitating private investment in the energy sector, giving ownership rights to tenants, establishing a university in Dera Ghazi Khan, and conserving the Walled City of Lahore.

Introduced separately by the treasury and opposition benches, the House also adopted resolutions on new provinces. Calling on the Centre to set up a commission for creating new provinces on the basis of administrative, historical, constitutional and political grounds, the provincial government moved two resolutions – one calling for creating ‘Janoobi Punjab’ province and other restoring the provincial status of Bahawalpur. The opposition’s resolution called for creating ‘Janoobi Punjab’ province.