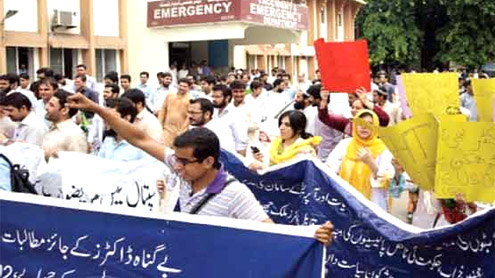 Punjab Health Department says that service structure for young doctors has been finalised.

The health department further said that the government has not approved appointment of doctors directly in grade 18.According to the sources, the service structure and demands of young doctors have been linked to desist their strike. – Dunyanews