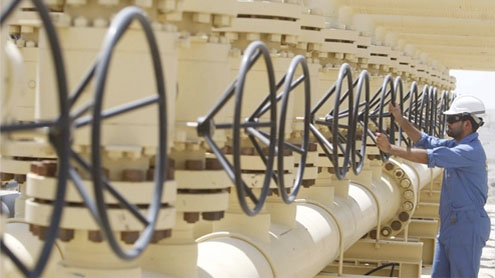 Iraq will invest around $500 billion in energy and linked industries with the help of the private sector by 2030, generating around $6 trillion in revenues, the Deputy Prime Minister for Energy said on Sunday.

Hussain al-Shahristani said the growth generated would create around 250,000 jobs for the war-torn country, which is trying to rebuild its economy after years of violence and economic sanctions.“As for investment opportunities; investments between now and 2030 in the energy sector and linked industries will amount to about $500 billion, of which 80 billion is expected to come from the private sector,” Shahristani said.

“That investment is expected to generate about $6 trillion in revenues for the government, mostly from oil exports,” he said during an investment conference for British businessmen.Iraq needs investment in almost every sector. Rubble and incomplete buildings are a still a common sight and power cuts occur several times each day, more than nine years after the 2003 U.S.-led invasion that toppled Saddam Hussein.

Other than oil, economic development in Iraq has lagged, despite an easing of violence since the height of sectarian strife in 2006-2007.The OPEC member has the world’s fourth-largest oil reserves and is producing more than 3 million barrels per day (bpd) for the first time in three decades. It has ambitions to double that figure over the next three years thanks to investment by a number of oil majors including BP, Shell, Exxon Mobile, Italy’s Eni, Russia’s Lukoil.

Shahristani also talked about the ministry of electricity’s plan to upgrade and build new power projects to solve chronic electricity shortages, a chief complaint among Iraqis.“Power generation capacity is expected to reach 22 gigawatts to meet demand in 2016,” Shahristani said.

“The ministry of electricity is also planning to upgrade the existing and the new gas turbine stations from single to combined cycle to increase power to about 30 gigawatt in 10 years,” he added.Shahristani said the ministry planned to exploit solar energy, currently rare in Iraq expect for lighting on some of its main streets.“There are invitations for companies to build solar power stations in remote desert areas and this is part of the set plan to develop the power sector in Iraq.” – Alarabiya

India clashes with Pakistan at UN

India clashes with Pakistan at UN