Govt devising mechanism to remove the middleman in agriculture 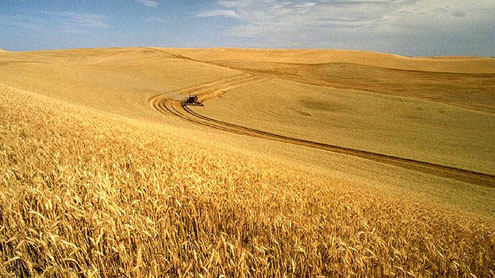 ISLAMABAD: The government is planning to devise a mechanism to minimize the role of the middleman in agriculture, to enable growers to get direct benefits of the surging demand of their produce.

“The mechanism has been planned to let market forces decide the prices of agricultural produces and eliminate the role of government institutions for price fixation”, an official of Agriculture Policy Institute (API) said on Tuesday.He said that the policy was aimed at protecting and safeguarding rights of all the stakeholders including growers, buyers and consumers.

The current support price mechanism is only benefiting big landholders and large scale producers, whereas the small farmers cannot take its advantage, he observed.He said that the policy was being formulated to take care of small landholders, who despite being in a large number, were not getting prices for their produce due to the role of the middleman.

He said that the other objective of the policy was to provide a platform to small growers to sell their produces at rational prices in the open market. The increased prices of inputs like fertilizers, pesticides, seeds and labour cost had also enhanced output prices of different agricultural-commodities.Adulteration in fertilizers and pesticides is another issue which is causing a loss for growers by reducing the per acre yield, he said, adding that the federal government had also directed provinces to keep proper checks on the adulterators and deal with them swiftly. – PT