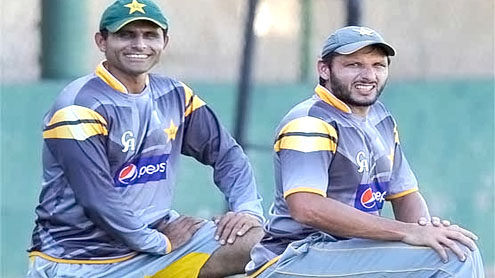 Pakistan will take on Sri Lanka in the first semi-final of World T20 Cup in Colombo today.

The two Asian giants, Pakistan and Sri Lanka, will meet in the first semi-final of World Twenty20 Cup to be played at the R Premadasa Stadium in Colombo today. The match will start at 6:30pm Pakistan time.Australia will take on West Indies in the second semi-final tomorrow.

Sri Lanka topped Group One with six points by beating England, West Indies and New Zealand in the Super Eights stage of the tournament. West Indies remained runners-up with four points.In Group Two, Australia, Pakistan and India secured four points each after the Super Eights stage but Pakistan and Australia qualified for the semi-finals on better run rate.It is pertinent to mention here that Pakistan is the only team which qualified for all the four T20 World Cup finals. – Dunyanews

15 bills likely to be presented in NA session

15 bills likely to be presented in NA session