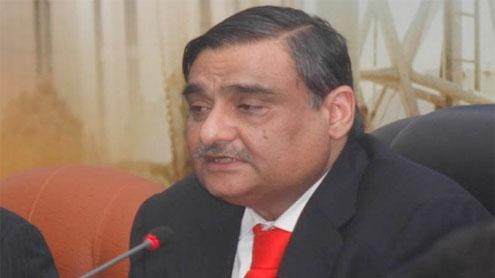 ISLAMABAD: Advisor to Prime Minister on Petroleum and Natural Resources Dr. Asim Hussain called on Prime Minister Raja Pervez Ashraf at Prime Minister House on Sunday and discussed with him current gas situation in the country in detail.

The Prime Minister directed the Advisor on Petroleum that a winter plan for gas distribution should be prepared with the objective of ensuring that domestic consumers are provided un-interrupted gas.The Prime Minister expressed the hope the new Exploration and Production (E&P) Policy would give further impetus to tap oil and gas reserves in the country.The Prime Minister said energy security is top priority of the government since it is critical for the growth of economy.Dr. Asim Hussain assured the Prime Minister that his Ministry will intensify its efforts to streamline production and distribution of oil and gas so that requirement of all the sectors of economy are catered to. – APP