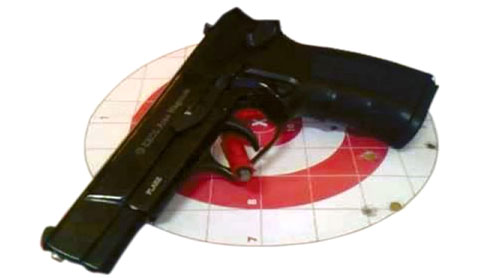 KARACHI: With no let-up in killings in the metropolis, as many as sixteen people, among them two activists of the Muttahida Qaumi Movement, were gunned down on Sunday.

Two MQM workers were shot dead in Chishti Nagar area of Orangi Town. Identified as Noorul Huda, 30, and Nehal Akhtar, 28, the victims were heading somewhere on their motorcycle, when four armed men, riding on two bikes, targeted them. According to police officials, both the victims were residents of Orangi Town and worked for the Port Qasim. Akhtar was former in-charge of MQM’s unit 118-A, while Huda was associated with party’s unit-118 B. In Qazzafi Square, a mini-bus driver, 19-year-old Raheem Zaib, was gunned down, when two armed riders sprayed his bus with bullets. The victim was a resident of Qasba Colony. The motive behind the attack and murder could not be ascertained till the filing of this report.

Another man, namely Jamal Nasir, 31, was mowed down in Sector 1-D. Police officials said the victim resided in Baldia Town and was self-employed. They said that two unidentified attackers, riding a motorcycle, shot and killed him. In Kunwari Colony, Mohammad Nazeer, 50, was gunned down outside his house. Police officials suspected that the victim might have been killed over personal enmity.  In another act of target killing in Qasba Colony of Orangi Town, Shabbir, 35, son of Ali Gauhar, was gunned down. According to SHO Ashfaq Baloch, the victim was a drug peddler and unidentified armed men shot and killed him when he was sitting near his residence. Separately, Rafiq, 23, son of Ghulam Haider, was killed and another man, namely Burhan Ahmed, was wounded in a firing incident in Liaquatabad area.

The motive behind the incident could not be ascertained till the filing of this report. A 38-year-old man, Munir Hussain, was killed inside Paposh Nagar graveyard. Police officials said the victim used to work at the graveyard and two unidentified armed men shot and killed him over unknown reasons. Further investigation is underway. Separately, Nizam, 40, son of Abdul Rasheed, was shot dead by unidentified attackers near Khuda ki Basti, when he was going somewhere on his motorcycle. Another man, Munawar Ali, 42, was gunned down while he was standing near a ‘pan’ shop in Khamosh Colony.

Police officials said the victim was an employee of an education board. The motive behind the killing is yet to be ascertained. Separately, bodies of two men were found from a garbage dump near new MA Jinnah Road. According to officials of the Jamshed Quarters Police Station, the bodies were at least two days old. They said that the motive behind the killings would be ascertained after identification of the victims.  Two more bodies were found near Mewa Shah graveyard.

According to police officials, hands and legs of the victims, yet to be identified, had been tied up with ropes. Another body was found from the residential apartments in Gulistan-e-Jauhar. The body was taken to the Jinnah Postgraduate Medical Centre for autopsy. Another body was found from Lea Market area. Identification of the victim could not be ascertained until the filing of this report.POWER PLANTS TO USE IMPORTED FUEL TILL AVAILABILITY OF THAR COAL: The government has decided to convert all the existing and new power plants on the specification of Thar Coal; however, imported coal would be used in the power plants till the availability of Thar coal.

A press release here Sunday said in a historic decision, GOP has decided that a coal off-take agreement would be signed between Generation Company (GENCO) and Sindh Engro Coal Mining Company (SECMC). However, imported coal will be utilized until the indigenous Thar Coal is available for the said conversions. This decision is in line with the MoU signed between Pakistan Electric Power Company (PEPCO) and SECMC, whereby it was agreed that after the approval of the feasibility report, PEPCO would sign Coal Supply Agreement with SECMC. However, no timeframe was given in the release about when the ingenious Thar coal would be made available for the power plants.