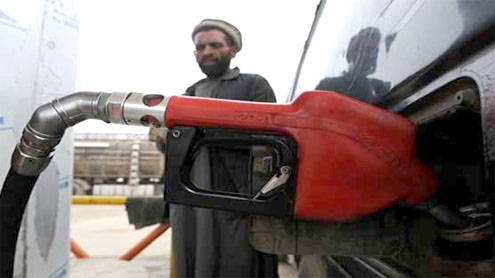 Oil prices rose Thursday as tension between Turkey and Syria raised concerns that crude oil supplies from the Middle East could be disrupted.Benchmark oil gained 82 cents to close at $92.07 per barrel. It has risen 2.4 percent so far this week.

On Thursday, Turkey claimed that it forced a Syrian passenger plane to land because it was carrying banned cargo from Russia. Syria called the incident piracy. The two countries have traded artillery fire over Syria s northern border throughout the past week.Also Thursday, the U.S. government said crude inventories increased 1.7 million barrels during the past week, slightly more than analysts expected.

AAA said gasoline prices at the pump were unchanged from Wednesday at $3.813 for a gallon of regular.Brent crude, which is used to price international varieties of oil, rose $1.50 to $114.68 on the ICE Futures Exchange in London. – Dunyanews

Amitabh `s birthday was fun all the way: guests

Amitabh `s birthday was fun all the way: guests