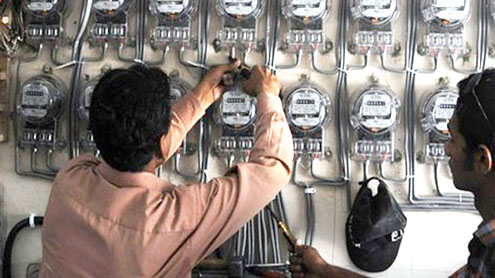 In a statement issued here on Wednesday, the shopping plaza at the City’s busiest business centre, Tariq Road, had been visited by the KESC inspection teams, where it was detected that a number of shops were stealing electricity. In addition to power theft, when the task force teams reviewed the billing statements of the shop owners in the shopping mall, it was revealed that the building had an approximate outstanding of Rs 11 million in unpaid power bills.

However, miscreants indulging in power theft offered resistance to the KESC staff from checking the metering equipment and connections. Previously several notices were sent but with no positive response. Finally the transformer supplying electricity to the building was disconnected as a final resort.

KESC also expressed its firm resolve in continuing its indiscriminate crackdown against such unscrupulous elements and condemned the fact that such miscreants are usually on the forefront of creating law and order situation and protests related to the power situation; while they themselves are the reason of it to begin with.