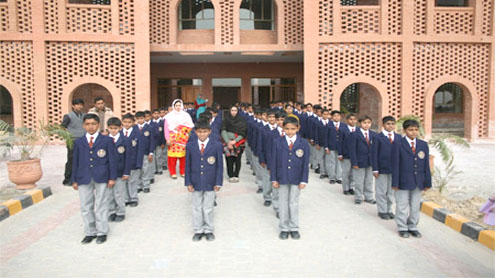 “The government has recruited 70,000 teachers in a transparent manner,” the minister said in a statement.He said that the government has taken new initiatives in the field of education during the last four years.

The minister said that private institutions are playing a vital role in promoting education in the province. He said that the Punjab government has spent Rs 19 billion during the last four years to provide missing facilities at 8,749 schools of the province.

“Another Rs 5 billion will be spent during the current fiscal year to provide missing facilities in 2,000 schools,” the minister said.He said that a Rs 1 billion stipend is being distributed among girl students hailing from remote, underdeveloped areas.

He said the Punjab government has distributed 60,000 “education vouchers” among the deserving students to enable them complete their education in their favourite schools.The minister also distributed certificates among teachers at Roots Academy for Professional and Intellectual Development. – Dailytimes