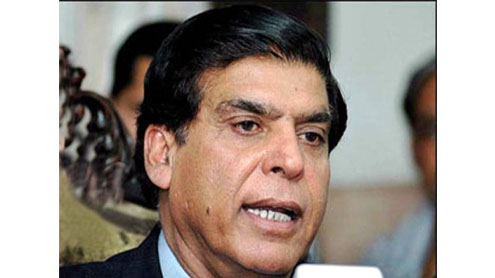 ISLAMABAD: Expressing concerns over unabated violence in Karachi, Prime Minister Raja Pervaiz Ashraf has directed law enforcement agencies to ensure the security of people during the month of Muharram.

Chairing a cabinet meeting, which approved amendments to laws for tax amnesty schemes, in Islamabad on Wednesday, the prime minister said that miscreants were trying to create sectarian strife by targeting citizens in Karachi. “We are mindful of the fact that extremism, militancy, intolerance, sectarian violence and terrorism, all put together have posed a serious threat and challenge to our sovereignty, security and national cohesion. But we have to thwart those saboteurs,” the premier said. He said that law enforcing agencies had been directed to keep a vigilant eye and evolve a mechanism to maintain peace and harmony, adding that the federal government would extend all possible assistance to the provincial government to improve law and order situation in Karachi.

He sought the help of people of Karachi, asking them to keep their eyes open and inform law enforcing agencies if they see any suspicious activity. He also urged the ulema to play their role in bringing peace to the city.The prime minister and the cabinet condemned the suicide attack on the Rangers Headquarter in Karachi, extending condolence to the bereaved families. The cabinet was informed that authorities concerned had been directed to provide best care to the injured. Interior Minister Rehman Malik briefed the cabinet about the situation in Karachi.

The cabinet expressed serious concerns over the law and order situation in Karachi. It directed the Interior Ministry to form a counterterrorism policy and give a presentation to the cabinet in this regard on the next meeting.The cabinet approved amendment in Foreign Exchange Regulation Act, 1947 (FERA, 1947) and the Land Surveying and Mapping Bill – 2012. To avoid any legal complication of important terrorism cases under trial, the cabinet approved, subjected to the review of the ministries of law and human rights, the Juvenile Justice System (Amendment) Bill, 2012.

Necessary provisions have been incorporated for the protection of witnesses and juvenile accused persons in the proposed bill. Amendments in the Customs Act 1969, Sales Tax Act 1990, Income Tax Ordinance 2001 and Federal Excise Act 2005, to register tax evaders, were also approved by the cabinet. The cabinet was informed that a significant segment of Pakistan’s economy is undocumented. The growing size of the underground economy is not only depriving the national exchequer of due taxes but hindering the economic planning and development, the cabinet was told. “Scores of companies and individuals do not accurately declare their assets or income in their tax returns.

“Similarly, a large number of companies and individuals who are required to be registered with the FBR and regularly file their tax returns are avoiding these legal obligations.”The cabinet was told that the FBR had collected the data about the multiple bank accounts, assets and other details of these tax evaders. Based on this data two tax incentive schemes are being proposed by the FBR. The cabinet was informed that the Tax Registration Enforcement Initiative, 2012 was a scheme which would be administered through banks along with Nadra under proposed section 120B of Income Tax Ordinance 2001 to register and bring these tax evaders into the tax net.

A fixed tax is proposed to provide cover to undeclared income and assets of up to Rs5 million.The Investment Tax Scheme, 2012 was proposed to be enacted under the authority given in the section 120A of Income Tax Ordinance 2001. It would provide a cover to regular tax filers as well as to non-filers to declare concealed income, assets and expenditures of up to Rs5 million. The Revenue Division secretary told the cabinet that both the schemes would lend a boost to the national economy by broadening the tax base. The people availing those schemes will also have immunity under the National Accountability Ordinance, 1999, Federal Investigation Agency Act, 1974, Companies Ordinance 1984 and Foreign Exchange Ordinance, 2002.

These schemes were designed after taking feedbacks from tax bar associations, trade bodies and the field units. The Revenue Division has also planned to launch an organised awareness campaign about these schemes to bring them into the notice of the people. The cabinet nodded to start negotiations and signing of the memorandum of understanding between the Foreign Service Academy of Pakistan and the Diplomatic Academy of Chile. The cabinet considered approving the Election Laws (Amendment) Bill, 2012.

The Nation Monitoring adds: ISLAMABAD – The Federal Cabinet also gave a go-ahead to Electoral Reforms Bill-2012, reported a private TV channel.The Electoral Reforms Bill 2012 which also contains the Code of Conduct for elections, bans canvassing by the president, caretaker prime minister and governors during official tours. In addition to this, no one will be allowed to criticise the Army as well as other institutions.