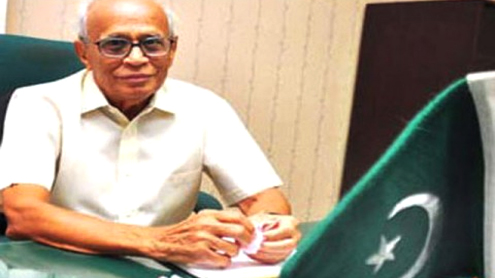 “We are thankful to the Supreme Court, particularly the chief justice of Pakistan, for giving a kind consideration to our request. Today’s development has made a big leap to ensure a credible and transparent electoral process by means of free and fair general elections,” the CEC told this correspondent when approached on Saturday. “This is a historic decision that deserves more than commendation,” he added.

Headed by CJP Iftikhar Muhammad Chaudhry, the National Judicial Committee had nodded for appointing the district and sessions judges as judicial officers in the general polls. The decision followed a request from the Election Commission of Pakistan for the appointment of lower judiciary judges as district returning officers (DROs) and Returning Officers (ROs).The CEC said further steps would be taken in accordance with the judicial committee’s decision after having received its details. “We’ll proceed within no time,” he said.

Justice (retd) Fakhruddin G Ebrahim recently announced increasing the number of polling stations across Pakistan from 70,000 to 90,000 which underlines that additional manpower would be needed to conduct the general elections.Asked about the exact number of the judicial officers required in this regard, the former SC judge said, “We need them everywhere because a judge is less likely to be influenced from any quarter compared during the polls. Exact evaluations would be made once the number of polling stations is increased.

In 2010, during the tenure of former CEC Justice (retd) Hamid Ali Mirza, the ECP had first mulled over requesting the superior judiciary to allow the serving district and sessions judges to perform duties as judicial officers. The matter landed in abeyance following Mirza’s retirement in March this year. Fakhruddin G Ebrahim has revived the said proposal that also includes the appointment of retired sessions judges as judicial officers who were eligible to be elevated to the high courts at the time of their retirement.

On the last month’s 17th, senior SC judge Justice Tasadduq Hussain Jilani, the then acting CEC, disclosed that the ECP had in writing requested the CJP to appoint judicial officers to supervise polls and that the matter was under active consideration of the judicial committee. Earlier, the National Judicial Committee considered the Election Commission’s request while asking the commission to explain its position in the light of certain constitutional and electoral provisions regarding the appointment of judicial officers. – Nation