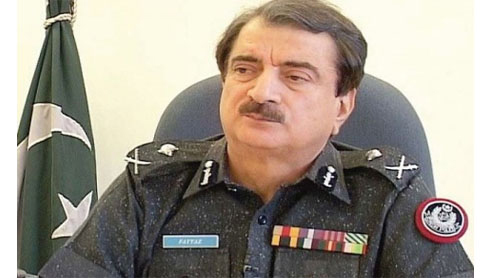 KARACHI: A two-member delegation of German Federal Foreign Ministry called on Inspector General of Police (IGP) Sindh Fayaz Ahmed Laghari at Central Police Office here on Sunday and gave him a briefing on progress of the Gender Response Project.

Sindh police had launched the project with assistance of German government to impart training to the police officials for protecting women and children. The first phase of the project on gender discrimination was already underway while the second would be completed by December 2014.

The delegation informed Laghari that under the project, the courses containing rights of women and children would be incorporated in syllabus of police trainings, besides framing Gender Strategy Policy for posting of women police officials and personnel on equal basis as Station House Officers and assigning other important responsibilities.

Moreover, establishing Model Police Stations with women police officers and community people for combating crimes against women and children is also an important project of the programme. Through this project, the educated women would be encouraged to join the police.On the occasion, the IGP constituted a committee, headed by the additional IG Research and Development to submit recommendations for establishing Model Police Stations, launching advanced courses on investigation and upgrading the training modules.