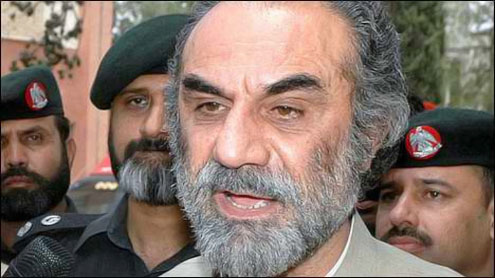 It may be mentioned here that the hearing of law and order situation case of Balochistan would be held on Nov 20th, in Islamabad.  Balochistan government has decided to actively defend its Constitutional authority before the apex court.More than 50 Cabinet members have reached Islamabad, however, PPP Balochistan President Mir Sadiq Umrani and some other members would not attend the meeting.

Today’s meeting would be third Balochistan Cabinet meeting out of the provincial capital Quetta following the interim orders of the Supreme Court.A resolution expressing complete trust in Nawab Aslam Raisani’s leadership was also approved by Balochistan Assembly and 45 out of 64 members supported resolution. However, some political observers believe that holding Cabinet meeting outside Quetta particularly in Islamabad is aimed at gaining political interests.Balochistan government sources say holding Cabinet meeting in Islamabad would cost more than Rs 3 million to provincial kitty for transportation of provincial ministers. – Nation