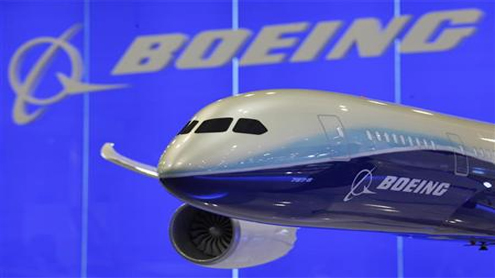 While 730 airplanes (31 per cent) will replace current fleet assets, 69 per cent of the demand is expected to be driven by the rapid growth of air travel in the region, the plane-maker said in its market outlook.Long-range, twin-aisle airplanes such as the Boeing 777 and 787 Dreamliner will dominate the Middle East’s order books.

This will reflect the global network priorities of the region’s leading carriers, such as Emirates, Etihad Airways and Qatar Airways. Significantly, airlines in the Middle East currently have a backlog of 882 airplanes, 62 per cent of which are long-haul, twin-aisle and large aircraft.

“Approximately 23,240 airplanes [68 per cent of new deliveries] will be single-aisle airplanes, reflecting growth in emerging markets, such as China, and the continued expansion of low-cost carriers throughout the world. The twin-aisle segment will also increase, from a 19 per cent share of today’s fleet to a 23 per cent share in 2031. The 7,950 new twin-aisle airplanes will allow airlines to continue expansion into more international markets,” Boeing said in its Current Market Outlook.

“The Middle East has consistently outperformed the global aviation market over the past few years, achieving traffic growth well above the world average,” said Randy Tinseth, vice-president of marketing at Boeing Commercial Airplanes.“As the region’s leading carriers, such as Emirates, Etihad Airways and Qatar Airways, continue their global expansion plans we are seeing demand for new, efficient, long-haul aircraft, capable of connecting their hubs with any city in the world. With a backlog of almost 174,000 long-haul seats, the region’s carriers have significantly more long-haul capacity than airlines in other regions such as Europe and Asia.”

As of October 2012, Boeing had a backlog of 4,234 airplanes, of which, 337 have been ordered by customers in the Middle East. The company currently has a total of 44 airline customers in the region that operate 476 Boeing airplanes.“The Middle East’s continued success can largely be attributed to the strong business fundamentals of its airlines and their ability to successfully leverage natural geographic advantages,” Tinseth added. “We are confident that our range of market-driving products and solutions will continue to play a critical role in meeting the rapidly growing needs of the region’s aviation industry.” – Khaleejnews