Decision on used cars to cause loss of Rs17bn, says FBR 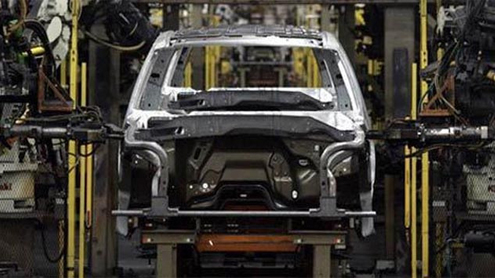 Decision on used cars to cause loss of Rs17bn, says FBR

ISLAMABAD: The Federal Board of Revenue warned on Thursday that the government would suffer an annual loss of Rs17 billion in duties if it went ahead with its decision to ban the import of used vehicles that are more than three years old.

Senior Member of FBR Israr Rauf informed the Public Accounts Committee (PAC) of the National Assembly that the board had already expressed its reservations over the decision of the Economic Coordination Committee (ECC) of the cabinet which had endorsed the ban.The PAC meeting was held at the Parliament House with Nadeem Afzal Gondal in the chair.  The ECC had on Nov 22 approved a summary for the ban moved by the Ministry of Industries which falls under the control of Deputy Prime Minister Chaudhry Pervaiz Elahi.

At present, used cars up to five years old can be imported for personal use.In reply to questions put by PAC members, Mr Rauf said the decision would hugely benefit local car manufactures who actually were only assembling cars in the country.The FBR representative said that as per the original terms of engagements these companies were to achieve 100 per cent localisation of the industry by 2004, but they were still importing a major chunk of parts. “Mere assembling of cars in the country means nothing for the country,” he added.

Saeed Zafar, an independent MNA and member of the committee, severely criticised the ECC decision. He accused the government of sheer negligence over the skyrocketing prices of locally-made cars.He said import of used vehicles that were up to five years old had made it possible for many lower middle class families to afford a personal car. “I just cannot understand why the government wants to hurt people just to benefit a certain mafia,” he added.

Mr Zafar’s view was supported by other members of the committee which decided to hold a meeting with the NA Standing Committee on Finance to discuss the ECC’s decision before finalising its recommendations.The standing committee on finance had also opposed the ECC decision at a meeting on Dec 4 and asked the government “not to issue statutory regulatory order (for reduction in the limit from five to three years for used imported cars as decided by the ECC) unless two studies by the National Tariff Commission (NTC) and Competition Commission of Pakistan (CCP) are completed”.

The commerce ministry had engaged the NTC and CCP to study and analyse the market conditions, impact of policy changes, market behaviour and the cost of production before suggesting fresh changes.The committee criticised Mr Elahi for extending “unfair protection” to the local car assemblers. – Dawn

Tags: Competition Commission of PakistanFederal Board of Revenue
Previous Post