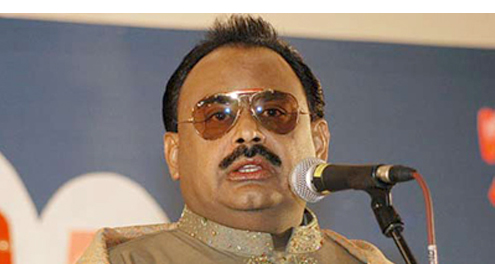 LONDON: The Founder and Leader of Muttahida Quami Movement (MQM) Mr Altaf Hussain has welcomed the returning of the head of the Pakistan Awami Tehreek and noted religious scholar Dr Tahirul Qadri to country and has announced full support to the PAT jalsa being held in Lahore on 23rd December at the Minar-e-Pakistan.He has appealed to the public to participate in the jalsa and make it a success. He said this while talking to Dr Tahirul Qadri on the telephone.Mr Hussain supported the revolutionary programme of Dr Qadri for abolishing the archaic feudal system from the country. He said that he would support Dr Qadri if he would make practical efforts for this purpose and for establishing a just system in the country.

Dr Qadri thanked Mr Hussain for his support and said that there was no difference between the programmes of the MQM and the PAT as both the parties wanted to bring an end to the age-old and decaying feudal system.He extended invitation to the MQM leaders in Pakistan to attend the jalsa which Mr Hussain accepted. – Brecorder