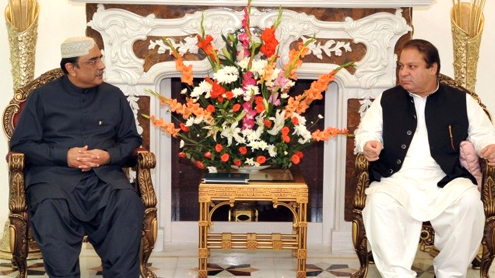 According to private TV channels, earlier President Zardari had phoned the PML-N Chief expressed his grief and sorrow over the demise of Abbas Sharif and told him that he would visit Raiwind to formally condole the death of Abbas Sharif.President Asif Ali Zardari would also speak to the workers and PPP leaders during his scheduled visit of Lahore.Meanwhile, Nawaz Sharif’s spokesperson Asif Kirmani rejected the reports regarding PML-N chief’s meeting with President Zardari on Monday. – Onlinenews