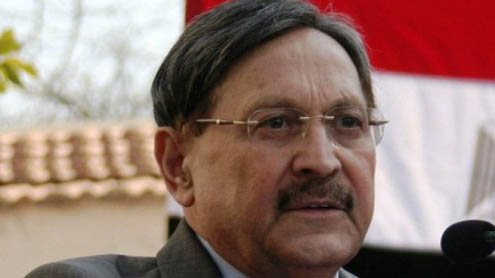 KARACHI: Federal Law Minister Farooq H Naek has said that the President will dissolve the assemblies at the advice of Prime Minister which will lead to new elections.

Talking to media on Sunday‚ Naek maintained that announcement of the election date is prerogative of the President and he (the President) would himself make the announcement to this effect.He said the Chief Election Commissioner (CEC) could not be removed as the Commission had been set up as per the Constitution and it could not be dissolved either.

He further said that the prime minister and leader of the opposition would hold consultations for the caretaker set-up.On Saturday, Farooq Naek said that every conspiracy to shelve the elections would be defeated. “The general elections will be held in due course,” he said while talking to reporter after visiting Karachi Bar Association. Naek warned against any misadventure aimed at putting the polls on the backburner.“If any institution, individual, or group tries to cross the line this time it would put the hard-earned democracy in serious jeopardy,” he maintained. – Nation

PML(N) to give sit-in today for powerful Election Commission