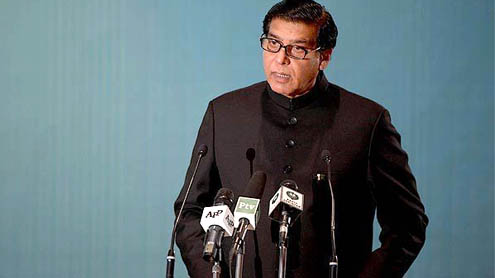 According to a statement issued by the Prime Minister’s spokesperson, Prime Minister Raja ordered for the initiation of targeted operations in Quetta adding that those responsible for the Quetta carnage should be targeted.The statement further said that immediate action should be taken in those areas where information indicates presence of terrorist elements and that security forces should conduct targeted operations.

Meanwhile, thousands of Shia protested for a third day in Quetta, demanding the army take control of the city and launch a targeted operation against sectarian militant groups like Lashkar-e-Jhangvi (LeJ).The group claimed responsibility for the bombing Saturday that killed 87 people and one in January that killed at least 93. – Dawn

David Cameron urges India to open up to British business

David Cameron urges India to open up to British business