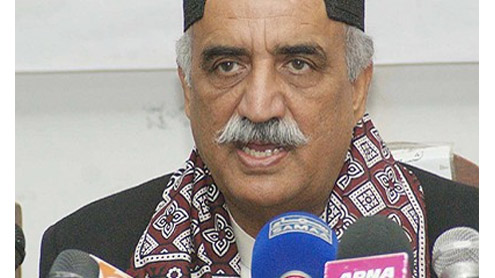 SUKKUR: Federal Minister for Religious Affairs Khursheed Shah said the assemblies would be dissolved on the 16th of March while general elections would be held before May 27.

Addressing a news conference in Sukkur on Sunday‚ the minister said the government makes decisions according to the wishes of the people. He also asked MQM to propose names for the caretaker setup.Referring to the issue of new provinces, the religious minister said people of southern Punjab will realise who is actually supporting them and who is going against their interests. He said a stable political system is more important than getting into power. – PT