President due in Quetta today 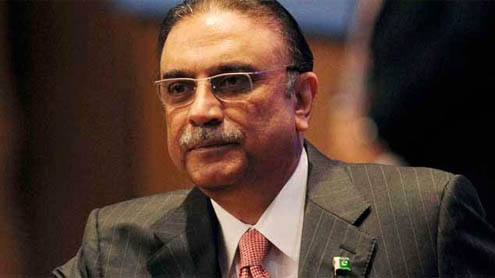 President due in Quetta today

QUETTA: President Asif Ali Zardari will be in Quetta on Thursday for a short time while returning to the country after conclusion of his two-day official visit to Tehran.

The president was earlier scheduled to reach Quetta on Tuesday but changed his programme due to his important visit to Iran. Sources said the president’s visit to Quetta was also significant because during it he would hold meetings with parliamentary leaders of the political parties having representation in the Balochistan Assembly. He would also discuss with them lifting of governor’s rule from the province.

Sources said the president had already directed federal Law Minister Farooq H. Naek to complete legal formalities for lifting of governor’s rule and election of new leaders of the house and the opposition in the provincial assembly.After 18th Constitutional Amendment, it was mandatory that Leader of the House and the Leader of the Opposition be chosen with mutual consultation to run the caretaker set-up after dissolution of the provincial assemblies.

Sources said that during his brief stay in Quetta, the president would hold a meeting with the governor and other government officials.He would also be briefed about the law and order situation and steps taken by the provincial government to improve the law and order situation.He would also meet delegations of Ulema belonging to different schools of thought and a team of Hazara community. – Dawn