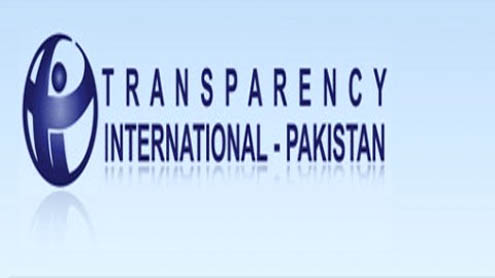 The Punjab government and the TIP signed a memorandum of understanding on February 28 to review and comment on the procurement process of the MBS, transparency in the utilisation of funds and award of contracts. On March 12, the TIP declared the MBS project free of any corruption charges and claimed that all contracts were awarded on merit by the Punjab government.

This scribe talked to TIP Chairman Syed Adil Gillani on his organisation’s report about the MBS project and discussed the merits of the report. Adil Gilani said the criteria was completely based on the NAB Contract Evaluation Forms that is filled and submitted by any organisation to NAB. He added that if any organisation has followed the rules and regulations set by the NAB, it is cleared by the TIP; however, if violations are witnessed in a case it is considered that corruption has been committed.

“The similar standards were also used in the MBS case and in declaring it corruption-free by following the set principles,” Gilani remarked. He further explained that the TIP has recently exposed corruption in different departments by using the same method and criteria, which has proved the transparency of the procedure. Gilani denied allegations and criticism on their report on the MBS project and said that the procedure itself proves that the TIP is neither affiliated with any political party nor has an anti-political party policy.

He further said that all TIP reports and facts are documented. Meanwhile, the letter written by TIP to Lahore Development Authority (LDA) on March 12 states that the Transparency International Pakistan on February 28, 2013, was requested to review and comment on the procurement process of the Metro Bus Project, awarded contracts under the terms of the MoU signed for the for implementation of the “Integrity Pact”.

The two tenders for Metro Bus operation on the bus corridor and security were awarded separately. The contracts for procurement, operation and of 45 buses for MBS for three-year period were awarded on September 28, 2012, to the Turkish Company M/S Plateform AS Turkey, at Rs 1.137 billion per annum, while contract for security services at Rs 64.8 million per annum was awarded on December 5, 2012, to M/S Security 2000 Pvt Ltd.

The letter further states that copies of contract agreements and the NAB Contract Evaluation Forms have been forwarded to NAB by LDA. The letter also states that based on the above information given by the LDA, prima facia it appears that the Punjab Procurement Rules 2009 have been followed in the procurement contract of Rs 29.078 to 25 contractors and two contractors for the MBS supply, operation and security at annual cost of Rs 1.2018 billion. LDA has also awarded MBS supply and operation contract to M/s Plateform AS Turkey at an annual cost of Rs 1.137 billion for 70,000 KM per bus, and contract for security services to M/S Security 2000 Pvt Ltd at Rs 64.8 million per annum. – DailyTimes