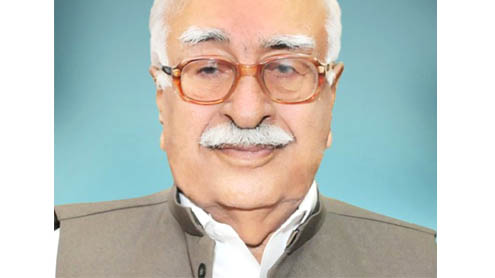 The nomination list of caretaker ministers recommended by country’s key political parties was received by the office of the premier. Constitutionally, the formation of caretaker cabinet is the discretion of the prime minister but political circles in the capital say all stakeholders, including the former PPP-led coalition government and the PML-N as well as the military establishment, were being taken into confidence on this matter. Sources say that former PPP federal minister Khursheed Shah and PML-N Senator Ishaq Dar are lobbying to bring their recommended people into the cabinet.

Earlier, economic experts like Salman Shah and Shaukat Tareen were in the race for the portfolio of finance minister but after the opposition from PML-N leader Senator Ishaq Dar, former finance minister Dr Hafeez A Pasha became the most favourite candidate for the slot.
The name of former General (r) Hamid Gul, former DG FIA Tariq Pervaiz and former secretary Interior Kamal Shah are being considered for the interior minister. Prime Minister Khoso is likely to announce his cabinet in a in a day or two, which will be a team of dozen ministers.

Some names are already at the centre of political gossip in the federal capital and it is being said that they would most likely make it to the cabinet of Khoso. These names include former Pakistani envoy Dr Maleeha Lodhi, who is being tipped for the slot of caretaker foreign minister along with former foreign secretaries Riaz Muhammad Khan, Inamul Haq and Riaz Khokhar.

Former information minister Javed Jabbar can be appointed as the information minister.The army leadership, officials said, did want capable and clean people to be included in the cabinet and this message had already been conveyed to the prime minister’s office.The premier, it is learnt, expressed his desire for inducting people with good track record and professional attitude into his cabinet. – Nation