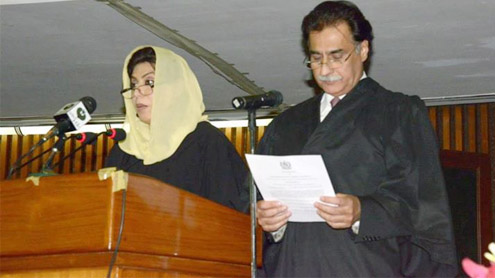 Ayaz Sadiq has replaced Dr Fehmida Mirza, the outgoing Speaker who served the National Assembly as Speaker for five years two months and 14 days. Dr Fehmida Mirza was elected as 18th Speaker of the House with two thirds majority. She had taken oath on March 19, 2008 and served as Speaker till June 03, 2013. After taking oath of the office and held the Speaker’s chair to conduct the election of Deputy Speaker National Assembly. – APP