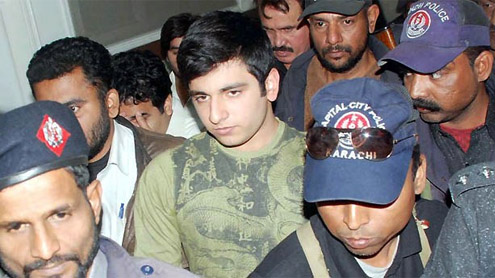 KARACHI: An anti-terrorism court (ATC) in Karachi sentenced to death Shahrukh Jatoi, main accused in the Shahzeb murder case, in its verdict on Friday.

The case came up for hearing before ATC judge Ghulam Mustafa Memon.Twenty-year-old Shahzeb Khan was gunned down on the night of December 24, 2012 when he was returning home along with his sister after attending a wedding. Shahzeb, son of a DSP, was murdered reportedly after he had an altercation with one of the suspects’ servant who had allegedly given verbal threats to the victim’s sister.