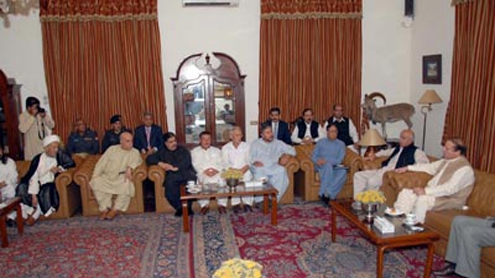 QUETTA: Prime Minister Muhammad Nawaz Sharif on Tuesday, expressing sympathies with the Hazara community over tragic incident in Hazara Town, assured that the government was adopting concrete measures for their protection along with other citizens of Balochistan.

Talking to a delegation of Hazara community, which called on him here at the Governor House, he said the provincial government had been asked to take stern action against the elements creating law and order problem and devise a concerted strategy for durable peace in the province. “The government is determined to maintain peace and eliminate terrorism from the country,” he said, adding that elements opposed to peace would not be spared as it was the responsibility of the government to ensure security to its citizens.