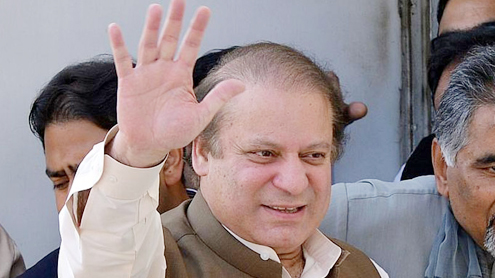 Islamabad: In the face of stepped up terrorist attacks across the length and breadth of the country, Prime Minister Nawaz Sharif has decided to convene a meeting of all heads of political parties having representation in the Parliament on July 12.

Sources in the government informed that Nawaz Sharif was quite worried about the sudden surge in the acts of terrorism and after consultation with his party leaders he has decided to call the meeting of all the political parties having representation in the Parliament to discuss the issue threadbare and formulate a joint counter terror strategy.It is pertinent to mention here that Pakistan Tehreek-I-Insaf Chairman Imran Khan a few days back had asked the federal government to convene a meeting of all the stakeholders including Chief of Army Staff, so that a joint action plan to contain this menace could be formed.

The sources further said that the meeting of political parties leadership would be briefed on the current state of affairs vis-à-vis the recent acts of terrorism in ilgit-Balstistan, Balochistan, and Karachi by Federal Interior Minister and Chief of Army Staff.The sources in the ruling Pakistan Muslim League (Nawaz) said that the party leadership was of considered view that without taking all the political parties and other stakeholders on board it would not possible to put this gene of terrorism back into the bottle.

It was also the view of PML-N that any counter-terror policy of the government must have the backing of both political and military leadership as results on fast-track could be achieved only with the support and mandate of whole nation.The sources further said that drone attacks by United States must figure high in the meeting as Pakistan Tehreek-I-Insaf leadership would definitely raise this issue in the meeting. Political leadership has to come up with some permanent solution to the issue and the upcoming political parties meeting on July 12 would most likely come up with some concrete national stance on this much controversial and much talked about issue.

The sources further said that in the light of the recommendations of the political and military leadership of the country a proper counter strategy would be formulated and the same would be presented before the Parliament for ratification.The sources in the government said that the formal invitations to the heads of Parliamentary Parties would be sent in next couple of days while the leaders of PML-N would personally visit the heads of all the political parties in the Parliament and extend invitation to them on behalf of Prime Minister Mohammad Nawaz Sharif. – Nation