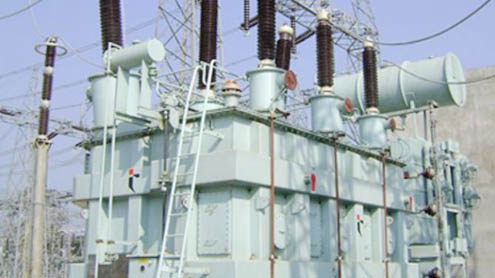 PESHAWAR: The Pakistan Tehrik-e-Insaf (PTI) has taken serious notice of massive, unscheduled power load shedding in the provincial metropolis Peshawar and other parts of the Khyber Pakhtunkhwa.

The party’s Peshawar chapter has given a one-day deadline to the federal government and Wapda for the resolution of the issue, warning they will besiege the Wapda House Peshawar on Monday.Addressing a press conference at the Peshawar Press Club (PPC) on Sunday, four PTI parliamentarians –MPA from PK-1 Ziaullah Khan Afridi, PK-2 Ishtiaq Urmar, PK-3 Javed Nasim and PK-4 Arif Yusuf – expressed anger over the situation.Khyber Pakhtunkhwa Chief Minister Pervez Khattak already has expressed annoyance over the unscheduled power load-shedding and has demanded the Ministry of Water and Power provide electricity as per quota of the province.

He has also demanded immediate measures for the resolution of shortage of grid stations and improvement in the system. He has also warned that in capacity of the chief minister of the province he will be forced to join protest along with the people.The MPAs said that the Khyber Pakhtunkhwa is producing 4,800 megawatts electricity at the cheapest rate of 27 paisas per unit, which is sold to the consumers of the province at Rs 20 per unit. They said that the province required only 2,300 megawatt electricity, but still Wapda is resorted to massive load-shedding, which is sheer injustice with the people of the province.

They said that Wapda is stopping power supply to the Khyber Pakhtunkhwa from the National Power Control Centre (NPCC), which is a conspiracy against the PTI and tantamount to the discretion of the mandate given to it by the electorates of the province.The PTI legislators were also critical of the attitude of Peshawar Electricity Supply Company (PESCO) Chief Executive Brig Tariq Saddozai who, they said, had challenged the provincial government to dare transfer him.

The MPAs reminded that the chief minister of the province also addressed a press conference on the issue last Saturday. They said that they are with the people of Peshawar and the Khyber Pakhtunkhwa and could go to any extent, including staging a protest in front of the Parliament House, Islamabad. They also demanded immediate removal of the Pesco chief from his post.

They said that the PTI had come into power with the slogan of change and they are ready to cooperate for the elimination of power theft and kunda culture.They gave an ultimatum till 10:00am Monday to Wapda and the federal government for bringing a change in their behavior, otherwise they will be forced to a stage protest and besiege the Wapda House, Peshawar.

To a question, they said that the PTI government will not only initiate power projects but will also establish its only distribution system. They vowed to foil the conspiracy against the province. They said outstanding arrears under the head of net profit on hydropower generation would be recovered from the federal government. They were of the view that in the present shortfall of 3,500 megawatt, the province should have the quota of just two to three hours of loadshedding. – Nation