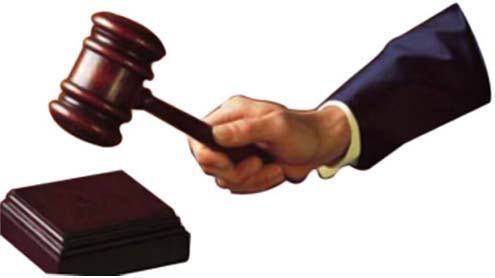 KARACHI: The Supreme Court of Pakistan on Wednesday expressed displeasure over tardy progress in recompiling of revenue record, lost in riots after the assassination of Benazir Bhutto and directed the Sindh Board of Revenue (BoR) to restore the complete record within four months.

Three-member bench of Supreme Court headed by Justice Anwar Zahir Jamali, comprising Justice Khilji Arif Hussain and Justice Amir Hani Muslim gave this direction during the hearing of implementation of the court’s verdict in Karachi law and order case, which is being heard in the apex court’s Karachi registry.Official of the revenue department informed the judges that land record of 870 Dehs in 11 districts of Sindh was burnt during the riots after Benazir Bhutto assassination. However, record of 695 Dehs has now been restored.Justice Anwar Zahir Jamali remarked that no progress so far has been made despite allowing more time for rewriting of record.

Syed Zulifqar Ali Shah, member BoR informed that out of 93 Dehs, 83 Dehs in Karachi have been surveyed physically and topographically. However, he added that process of allotting of survey numbers would be completed soon.He further disclosed that around 10,515 acres of land in Karachi was illegally encroached by the various federal and provincial institutions, which include Karachi Port Trust, Defense Housing Authority (DHA), Prot Qasim Authority PQA) and Malir Development Authority (MDA).

Advocate general Sindh requested the court to grant six-month more time for reconstruction of complete record. To which, the three-member bench granted revenue department four months’ time to restore the record and verify the already constructed record, which according to court bore grave irregularities. Absence of the senior member board of revenue, who according to advocate general could not attend the hearing due to kidney problem, drew ire of the bench, as one of the members of bench remarked that one who is seriously ill had been made the senior member of board of revenue.

Out of turn promotions: The court also took up the matter of out-of-turn promotions and directed the Sindh chief secretary to implement orders of the court in letter and spirit. However, Chief secretary assured for compliance of the court orders and told that majority of the officers have already been repatriated, adding that they were facing resistance in sending back some officers.

In response, Justice Amir Hani Muslim asked him to place before the court the names of all such officers, who were acting in defiance of court orders. We would issue notice to these beneficiaries of out of turn promotions, who were exposing themselves to contempt of court, he added. The bench scolded the provincial police chief for not taking action against SSP South, who according to bench did not bother to visit lockups after the incident of escape of criminals. One of the members of bench said that SSP South is responsible for escape of criminals because it was his responsibility to secure the lock-ups in order to avoid such incidents.

The judges also expressed concern over the standard of handcuffs as saying that handcuffs were of such low quality that criminals could easily open the manacles. IG Sindh assured the court that such manacles would be replaced shortly.IG Sindh told the court that 48 pickets have been established in crime-infested Lyari. He assured the bench that protection would be provided to Katchi community if they return back to their homes.

To a query, the advocate general informed the court that unrest in Lyari was due to some criminal groups, who were operating there. He said that it was embarrassing for provincial government when citizens are forced to move from the area.Justice Khilji Arif Hussain snapped that when police was not capable of controlling an area, how it would maintain law and order situation in the whole city. The bench asked the provincial police chief that if there was any concept of accountability in the police department. In reply, he said that the departmental action was being taken against officers found involved in unlawful activates.The bench ruled that no one was above law and action would be taken against those who willfully defy the court orders. – DailyTimes