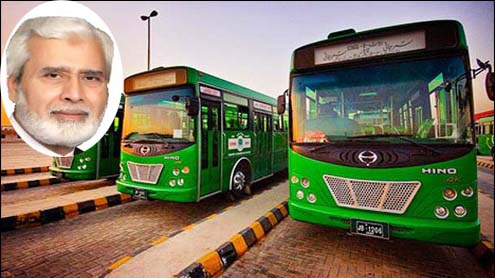 LTC is a model of modernised transport culture which will be soon replicated in other cities of Pakistan. This was stated by the newly appointed Chairman of LTC during board of directors meeting of LTC held at Chief Minister Secretariat. Metro Bus Service is also a successful example of flagship project which is providing state of the art bus service of international standard on daily basis and thousands of commuters are benefiting from this impeccable transport service.

He has he was grateful to the Chief Minister Punjab Mian Muhammad Shahbaz Sharif to show confidence on his abilities and particularly for his services for transport sector. He also said a sub-committee had been constituted which will review various suggestions to make small public transport safer and affordable for the general public. Secretary Transport Punjab Shaukat Ali and Mehr Ishtiaq also spoke on the occasion. – DailyTimes