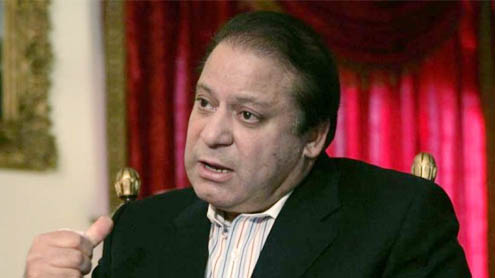 RAWALPINDI: Prime Minister Muhammad Nawaz Sharif Saturday said that with the unabated support of the nation we would succeed in overcoming all the challenges being faced by the country.

The Prime Minister stated this while talking informally to those present during a reception, to commemorate Defence Day of Pakistan at Joint Staff Headquarters. Chairman Joint Chiefs of Staff Committee, General Khalid Shameem Wynne hosted the reception to commemorate Defence Day of Pakistan. Prime Minister Muhammad Nawaz Sharif was the chief guest. Senior officers of the three services and members of Diplomatic Corps attended the reception.

The Prime Minister said, “It is the Day; we pay homage to our heroes both from Armed Forces and civilians, who remained steadfast and showed us the path of honour and glory by rendering ultimate sacrifices. It is indeed the Day of introspection. The need to imbibe the Spirit of September 6 this year is even greater as the country is still facing security challenges.”

The Prime Minister also paid tribute to the officers and soldiers of valiant Armed Forces for making unprecedented sacrifices during different hours of ordeal, may it be war on borders or fight against terrorism.Distinguished among others who attended the reception included federal ministers, services chiefs, ambassadors of various countries in Islamabad and other senior serving civil and military officers. – APP

Govt gets leaders’ support for APC

Govt gets leaders’ support for APC