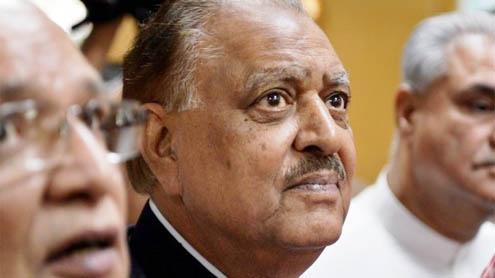 Chief Justice of Pakistan Iftikhar Muhammad Chaudhry will administer the oath to the new President at a ceremony to be held at the Aiawn-e-Sadr on Monday afternoon. Mamnoon Hussain, who was elected with an overwhelming majority in the July 30 presidential election as a PML-N nominee, will take oath as the country’s 12th President. The President-elect was born to a conservative Muslim family in Agra city of undivided India on December 23, 1940. Mamnoon Hussain, who holds an MBA degree, has three sons. He served as Governor Sindh in 1999. – APP