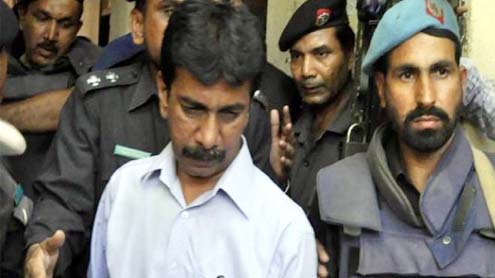 The former MPA was taken to court amid tight security. The case was heard by ATC Judge Khalida. Other MQM members were also present on the occasion.Hashmi was arrested for allegedly firing at a police mobile and killing two police personnel Muhammad Ali and Arif in Hyderi. On Tuesday night, the police arrested Hashmi on charges of terrorism and murder in a raid on his house in North Nazimabad.

During the hearing, police requested for remand of the accused at which, the judge granted seven-day physical remand and handed him over to police for investigations. His arrest attracted a strong reaction in Karachi and other cities of Sindh where life was paralyzed amid gunfire and arson attacks.MQM chief Altaf Hussain condemned the arrest of Hashmi who is MQM’s Unit Incharge and former Sindh Assembly member. – Nation