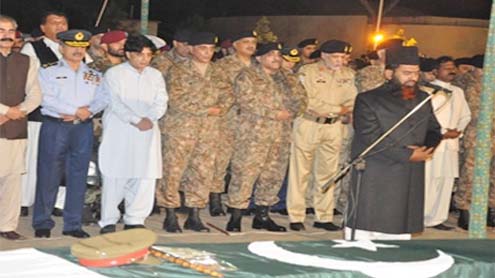 According to ISPR here, Major General Sanaullaha was on a visit to forward post near Pak-Afghan border for the last couple of days.He was on his way back when an IED planted by terrorists on the roadside, blasted. – APP