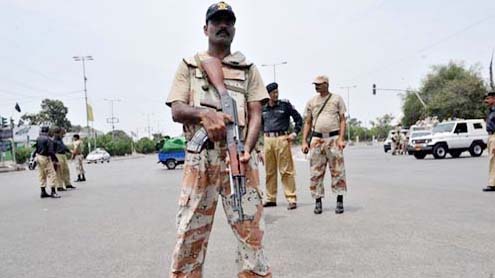 KARACHI: Sindh Information Minister Sharjeel Memon said that only Sindh Chief Minister Qaim Ali Shah is leading the Karachi operation against criminals. “Nobody else, and only Sindh CM is captain of the Karachi Operation”, he said while talking to journalists at Sindh CM House on Monday. He said Rangers and police have been given a free hand to take action against criminals in Karachi. Memon denied media reports that Pakistan People’s Party (PPP) and Muttahida Qaumi Movement (MQM) leadership was engaged in dialogue in Dubai. He added that the MQM leaders are in a better position to tell about the time when Sindh Governor Dr Ishratul Ibad Khan will return and assume his office. Responding to a query, he said that those (Mumtaz Bhutto) who dream of becoming Sindh governor will never succeed. – DailyTimes