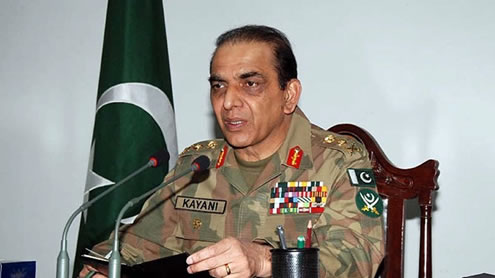 ISLAMABAD: One of Pakistan’s most powerful men, General Ashfaq Kayani, is likely to stay head of the military with a new title when he steps down as army chief next month, government and security sources said, taking over some of the duties of his successor.

The expected move comes at a time when militant violence is on the rise in the country, tension boils with arch rival India over Kashmir and as Prime Minister Nawaz Sharif seeks to shore up a stable government just months into his job. And for the US, it would mean continuity in Pakistan’s approach ahead of a pullout of most foreign troops in Afghanistan at the end of 2014. There has been speculation over who will take over as chief of the army when Kayani steps down.

Sources and aides close to Kayani said Nawaz wanted to make him head of a revamped and more powerful Joint Chiefs of Staff Committee (JCSC). One senior intelligence official said Nawaz planned to overhaul the JCSC into a “central defence body” by restoring its command over the entire military establishment and giving it additional powers. “The new JCSC chief will be in charge of the nuclear arsenal. He’ll decide on action against terrorists,” said the source, adding that new powers included the right to promote, post and transfer key military officers.

“Basically, the JCSC office will be what it was always supposed to be. The overall boss.” Kayani’s post had already been extended for three years in 2010. Sources close to Nawaz said he was unlikely to give him another extension, which would allow movement in the top ranks. – Dailytimes