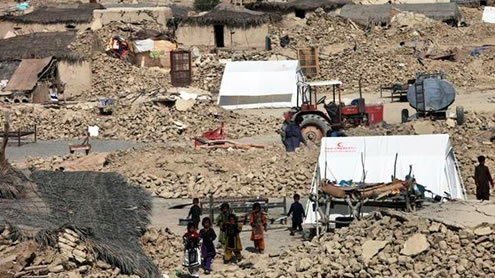 According to Finance Division, all proceeds on account of ‘Prime Minister’s Balochistan Earthquake Relief Fund-2013’ and payments would be received at all branches of State Bank of Pakistan, all treasures and branches of National Bank of Pakistan and other scheduled banks.

The fund may receive donations from both domestic and international donors and contributions from abroad. The contributions would also be received at Pakistani missions and remitted to the State Bank of Pakistan, which would prescribe the necessary procedure for their accounting.