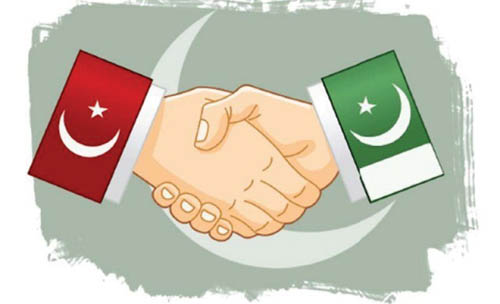 Pakistan and Turkey have agreed to form a technical working group in the energy sector to chalk out ways for working together. While Pakistan has on its agenda privatisation of power distribution companies, Turkey has successfully done so and created a multi-buyer and multi-sector electricity market.

Secretary Water and Power Saifullah Chatta, who is currently in Ankara as the head of a three-member delegation, on Thursday met Secretary of the Turkish Ministry of Energy and Natural Resources, Metin Kilci, who offered to help Pakistan in organising a road show to attract Turkish entrepreneurs by showcasing potential projects in the hydro, coal and renewable energy sector. Mr Kilci informed that Turkey generated about $50 billion by privatising its power sector. He said that as a result of privatisation, the public sector is saving over $10bn a year.

Similarly, line losses were also reduced substantially in the post-privatisation era, he added. Deputy Director General of State Hydraulic Works, Yakup Basogulu, informed that Turkish entrepreneurs have great experience in hydro projects, and that the country’s investors would be interested in such projects in Pakistan. President of Privatisation Administration of the Turkish Prime Ministry Ahmet Aksu gave a briefing on power sector privatisation. He also offered to share the relevant legal framework whereby Turkey was successful in privatising its energy sector.

Ambassador Muhammad Haroon Shaukat, Chief Engineering Advisor of the Ministry of Water and Power, Asjad Imtiaz Ali, and Director-General of Energy Management at Alternate Energy Development Board, Musaddiq Ahmed Khan Tahirkheli also attended. The Pakistani delegation will also talk with the executives of Turkish companies in the renewable energy sector to review progress on the ongoing Turkish projects in Pakistan and discuss new initiatives.