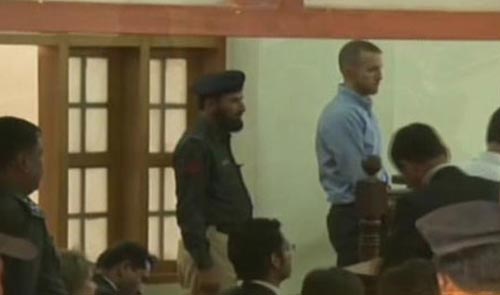 A US citizen, who was detained at the Jinnah International Airport in Karachi on Monday evening for carrying bullets in his baggage, was found to be an agent for the US investigating agency, the Federal Bureau of Investigations (FBI).

Joel Cox was attempting to board a domestic flight to Islamabad on Monday evening, when the Airport Security Force (ASF) discovered 15 bullets of 9mm caliber and a pistol clip in his baggage. He was detained by the ASF before being handed over to the Airport police station where a case was lodged against him. Carrying firearms or ammunition aboard commercial flights is prohibited. Early on Wednesday, however, CNN reported that Cox was an FBI agent. -tribune