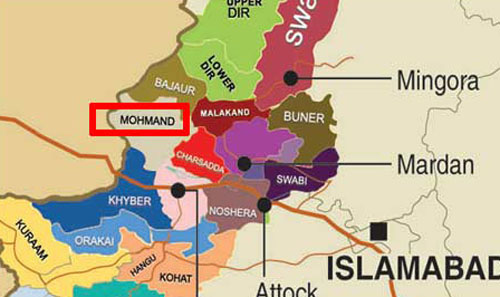 Four bodies were recovered from Peshawar Road Krapa, Mohmand Agency on Monday. According to a Khasadar official, the deceased are believed to be members of a peace committee. Muhammad Naeem Khan, an official of the politicial administration Ekka Ghund sub-division said, the bodies have been shifted to RHC Ekka Ghaund.