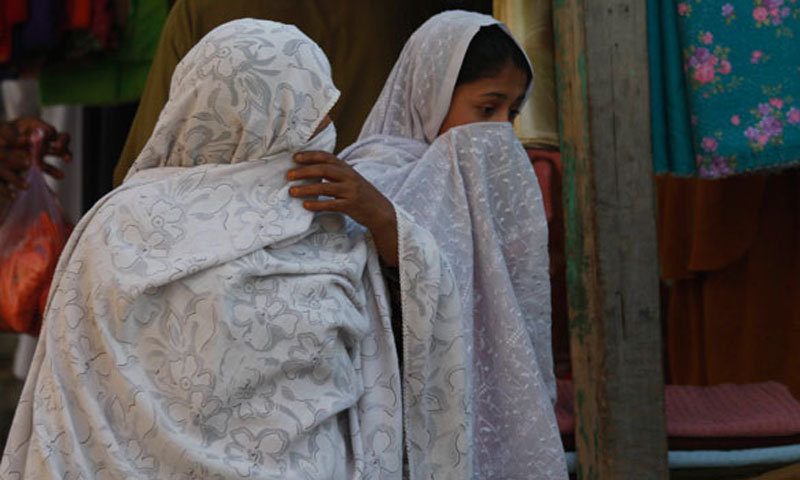 Cop arrested in Swat for chopping off wife’s nose

A policeman, charged by his teenage wife of chopping off her nose and keeping her in wrongful confinement for many days, was arrested by police and sent to prison by a local magistrate on Sunday. Shahida, a victim of child marriage, claimed that she was only seven when she was married to the suspect, Sahibzada, a constable of special police. She alleged that her husband used to torture her on different pretexts.

The 17-year-old mother a child managed to escape from the residence of her husband at Manja area in Kabal tehsil in injured condition on Thursday. She was admitted to Saidu Sharif Hospital for the treatment of her chopped nose. An official of Kabal police station told Dawn that after the girl was admitted to the hospital, a complaint was registered by police on her behalf and the next day the suspect was arrested. He said that police produced the suspect before the court of local magistrate which sent him to prison. The official confirmed that in police custody the suspect admitted that he had cut the nose of his wife. Shahida’s mother told journalists that her daughter was a victim of the custom of Watta Satta.

She said that they had arranged the marriage of her son with the sister of Sahibzada when Shahida was only seven and in return they agreed to marry Shahida with Sahibzada in future. However, she said, at the time of her son’s marriage his in-laws demanded that the marriage of Shahida with Sahibzada should also be solemnised and they had to fulfil that demand. Shahida vividly recalled that she was playing outside at the time of her marriage when she was asked by her mother to wear her marriage clothes, following which she was married to Sahibzada. She added that she was having a son from the wedlock.

She told police that few days ago she was severely tortured by Sahibzada following which she went to her parent’s home and a complaint was lodged with the local police. Shahida said that later when she returned to home around 20 days ago, Sahibzada cut her nose and locked her in a room. She added that she was given only two meals a day. Three days ago, she said, she got an opportunity and escaped to her parent’s home from where she was taken to hospital. -dawn