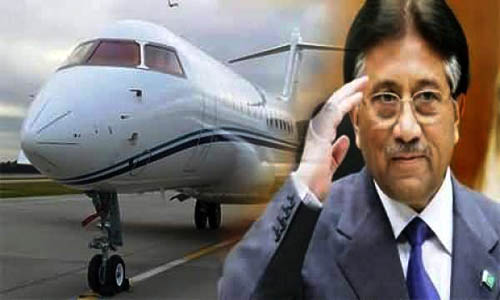 In its ruling, the bench said federal government can file an appeal against the ruling within 15 days; therefore, the decision will be effective after 15 days. Pervez Musharraf’ had filed an appeal in the Sindh High Court seeking removal of travel ban to visit his ailing mother in Dubai and get treatment abroad; however, the federal government has refused to allow him, on the grounds that he is facing treason charges.

The 70-year-old Musharraf was indicted in March on charges relating to his imposition of emergency rule in late 2007. The ex-general, who seized power in 1999 and resigned in 2008, has pleaded “not guilty” to the charges. He faces the death penalty if convicted of the charges, under Article 6 of the Constitution. Musharraf is also on bail in three other major cases linked to his time in power including 2007 assassination of PPP leader Benazir Bhutto in a gun and suicide attack and murder of Baloch leader Nawab Akbar Bugti in 2006. – SAMAA